We can’t give up. Democracy must for fought for: Former Judge of Supreme Court Hon’ble Justice A.K. Patnaik while addressing a  National Webinar on “Celebrating Democracy” to celebrate International Day of Democracy

Nearly 290 contempt court cases are pending against Chief Secretary of Telangana and other bureaucrats, but the Government is not perturbed: Prof. K. Purushotham Reddy, Former Head of Dept of Political Science, Osmania University

Addressing the virtual gathering Hon’ble Justice A. K. Patnaik, Former Supreme Court Judge referring to his previous speaker Vinod Sharma said I agree with him that Jaipal Reddy was the Chalta phirta Democrat. He joined congress in 1965 and left them when an emergency was imposed as it sabotaged democracy. It is the best example of his democratic values.

Speaking further he said Democracy is such a great value, regardless of whatever is happening to Democracy, we can’t give up, we must strive hard to protect its values, he gave a clarion call.

Giving another reference which he got connected in his Judicial career when a Govt in Tripura allocated 75% of advertising budget to their own paper, it was contested. In that reference, he said we can’t dominate or influence the minds of the people. Government should be fair to all newspapers.

Mr Vinod Sharma described Jaipal Reddy as a Chalta Phirta democrat. He was the bravest face of Indian Democracy. He was the original Shashi Tharoor in oratory. 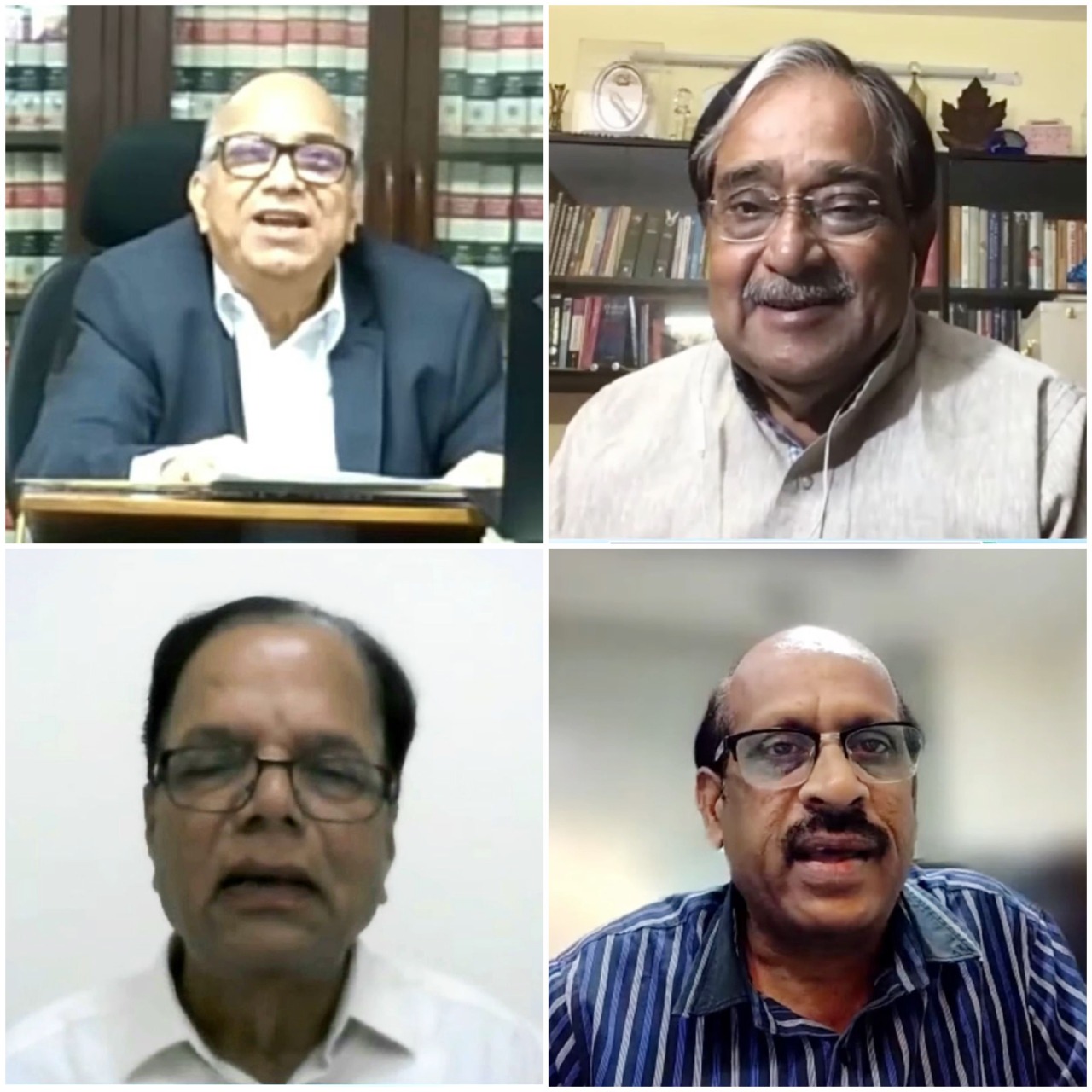 Speaking further he added that Democracy existed in India in vyshali, and then in Greece. .

Media is the strong pillar of democracy. Referring to the current state of affairs, he said Media doesn’t empower people with correct information any longer. Even if they do, they do so with vested corporate interest which is a danger to democracy. And he added that India is the only country that doesn’t have a tradition of paying for information. Here Newspapers are sold for Rs 5 which is not possible in any other country. So newspapers depend on advertisements for their support, which is controlled by the corporate world and is doing great disservice to society. Information is power. RTI empowers public opinion, he added.

Democracy is like a flower vase. Check it for its fragility before you buy. If it breaks it is not good enough to hold plants that spread the aroma. Democracy is in no way different from it, he said.

Another Panelist Mr Dileep Reedy recalled his association with Jaipal Reddy and two qualities—forgiveness and recognizing his own mistakes he practiced, which are good for any politician to uphold democratic values. But, unfortunately, democracy is being diluted by running after the corporate world.

We must protect democracy, he concluded.

Dr Purushotham Reddy said Democracy is important in the difficult times we are living in.  Giving an example of how democracy is made a laughing stock in Telangana, he cited nearly 290 contempt court cases pending against the chief secretary and other bureaucrats.  But the Government is no perturbed,”